Connect with us on
Join the community on
Discord
Menu 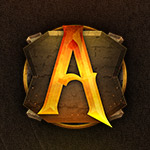 Hello and welcome to our latest update thread!

You will now be able to get broken 7DS Slayer Helms and pets from their respective boss.

The 7DS Helms can be repaired at the forge with an Omni Slayer Helm, the Broken 7DS Slayer Helm, and 6.3m 1B Tickets.

These helms can also be made into a + variant similar to the slayer helms before these by using their respective helmets on them.

As mentioned above the 7DS pets are now added to the 7DS Boss' drop tables.  These pets can be upgraded into a superior version, and those superiors can be forged into the Elizabeth Pet, which will be the new BIS pet.

You will now be able to get Sin Santa Shards from the item grinder by grinding after you get the shards you will need to use them on an Icy Santa.

You can use this Sin Santa on both the Vulcan Slayer Helm and the Elizabeth Slayer Helm.  The sin Santa will give 5% more all damage bonus than the Icy

We have added a new 400% and 500% DR Scroll, you will be able to obtain these through the upgrader.

- Oly ranks Demigod and after will now give a point bonus for elite slayer points.

- Owner and Escanor Slayer Helm variants have been slightly buffed to fit the new progression with the t13 and 14 slayer helms.

-The crystal hatchet will now 1.5x your afk points

- Owner darts can now be used on a chest (you have to have 10 regular darts to use the chest and 2 50% dart to use the other chest) to recieve the same loot you would get from owner dart boss.  The rates are exactly the same.

Olympus Slayer has been updated with an overhaul of the zones in which we moved around NPCs by adjusting tiers for some NPCs that didn't belong in the zone\tier they were in, added 8 new NPCs, and buffed a whole bunch of the lower-tiered NPCs drop tables.  We have also changed the superior spawn rate to be based on the NPC tier similar to how Boss Slayer is done now.

Each Olympus Zone has been changed slightly, whether a new NPC has been added to the zone or a monster, or NPC has been moved to a more fitting zone based on progression on the server.

Some other changes to the Oly Zones are:

- Greater Overlords were moved to ::mzone

While we are waiting for the full raids rework, we decided to buff the raids drop tables in the meantime!

The Box Of Luxury has also been buffed up quite a bit to match the current economy.

Box Of Luxury Before

Box Of Luxury After

The donor caskets have been buffed up to match the current Eco.  We have also added some newer selectors that were not in the game when the boxes were created.

- Fixed the issue with Superiors not spawning at Heph